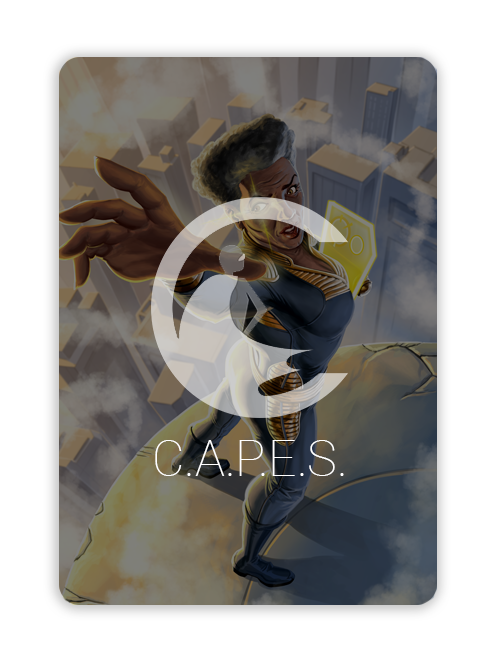 Glimpse is a 67 year old black woman. She dresses in a sharp suit, and is often seen carrying a tablet in her amputated left arm (via a strap when not being held close to her torso). Glimpse has a prosthetic leg and usually wears modified slacks that make it easier to have access.

An ingenious businesswoman and technological pioneer, Glimpse is a superhero who harnesses the full potential of artificial intelligence, drones, and nano-bots.
She aims at shaping the modern world using her expertise and strategic thinking.
Despite having the technology to make an incredibly realistic and functioning replacement, she does not use a prosthetic on her missing arm, preferring to leave it as is since it is a part of who she is.
When looking at the future, it can be difficult to understand what is going on. With only a small snapshot to serve as reference – crucial context is lost. As such, she focuses on worldwide events rather than nuanced person-to-person interactions.

With combined use of both her eyes of (Foresight and Techno-Cognizance) Glimpse can visualize impending calamities and threats before they strike.

Normally she can only see things a few moments from the present, with enough time, energy, and concentration, she can see bits of information from the farther future.

Be part of the game before its launch and collect advantages that will give you a heads up! Your first starter deck is offered when you buy a Glimpse NFT: mythic, legendary or epic.